Rat Control: The Daily Life Of A Rat 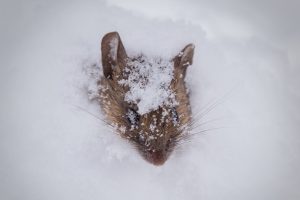 When it comes to rats and mice their day to day life is defined by a 24 hour pattern also known as the circadian rhythm. Rats leave their nests for three reasons, food, water and breeding. Rats are nocturnal so the time they spend away from their nest is generally between sunset and sunrise. Rats being nocturnal is a built-in safety mechanism in order to protect them from potential predators.

There are some occasions in which you may see a rat during the hours of daylight are there are a few different reasons for this:

Regardless of the reason, seeing rats during the day often indicates a rather large infestation.

Rats use pheromones found in their urine and faeces as a form of communication via scent marking. Rats need to communicate for many reasons, fear, recognition, signals, social organisation and reproduction.

When attempting to control a rat infestation utilisation of these sent markings certainly does help. By placing bait boxes in areas where there are faeces and urine you are more likely to attract more rats then those areas without them.

Look Down and Up!

Although brown rats are known to be ground rats and often found in burrows it does not mean that they can’t or don’t climb. Brown rats are actually brilliant climbers and it is actually quite common for the point of entry into a property is via the roof space.

When rats burrow it is often in a place that is close to a food and water source, so they don’t have to spend too much time away from the burrow where they are vulnerable.

This is where burrow baits come in handy. By placing bait within or next to the burrow, it means that the rats don’t have to leave their burrow for food and there is more chance of the bait being consumed over other food sources. This has been proved to be a very effective way of controlling rats.

The brown rat sometimes known as the sewer rat. The sewers offer the perfect environment for the rats, protection from predators and a constant supply of food (food waste and human faeces).

When rats migrate from the sewers it is often caused by dramatic changes to their environment such as flooding. The result of these migrations is a new infestation above ground.

When you are dealing with persistent infestations despite baiting and other control methods then it would be a good idea to have the sewer system inspected. It is reported that between 60-70% of rat infestations in urban areas is down to drain and sewer defects.

As a whole, rat behavior is very complex, and it is the knowledge and understanding of this behavior that allows pest controllers to effectively deal with rat infestations.

If your having problems with rats at your home or business, then don’t hesitate to contact Advance Pest Control Bristol today – 0777 150 3107