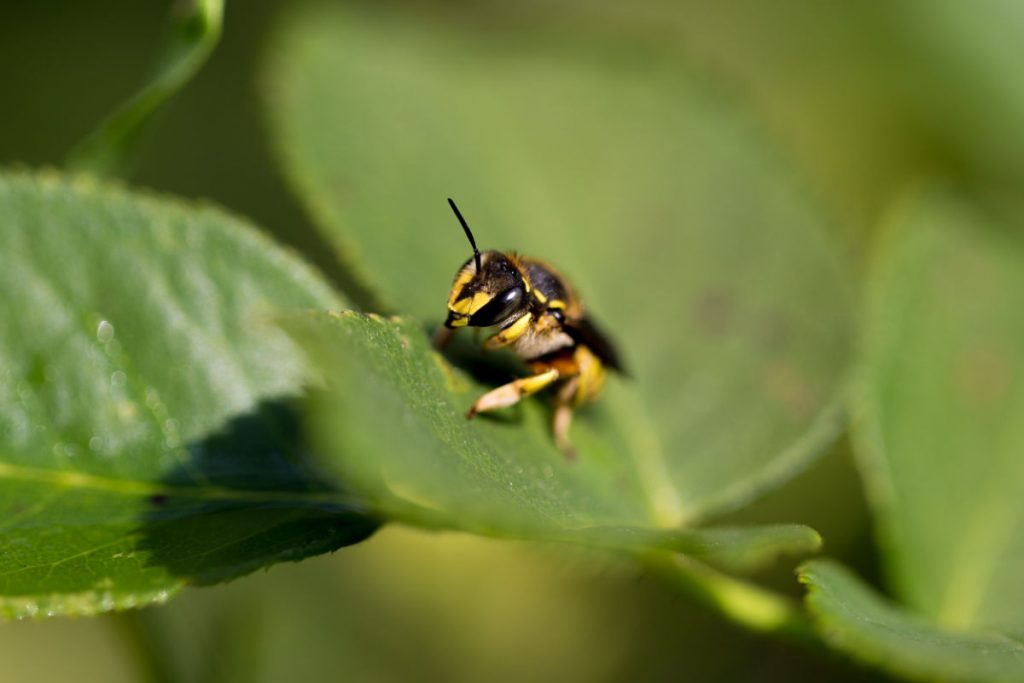 Are Bees And Wasps Related?

Wasps and bees both belong to the insect order Hymenoptera. It is thought then bees have descended from the wasp!

Is There Any Point In Wasps?

Despite their bad reputation wasps are actually helpful pollinators and good pest controllers when it comes to ‘crop pests’! One species of wasp is even good at controlling cockroaches, the jewel wasp lays an egg in the belly of a cockroach and the larvae eats the cockroach from the inside out! This eventually kills them but also prevents them from breeding.

What Is The Difference Between Bees And Wasps?

The main difference between bees and wasps is that wasps are carnivorous. They feed on insects and even food other insect larvae to their offspring and this is not the case with bees.

What Happens If You Kill A Wasp?

If you kill a wasp it is likely that you will attract more of them! If you have a phobia of wasps, then there are things you can try to prevent them from coming in your garden. If you already have an established wasp nest in your garden or around your home then you should not try to remove it yourself, instead, call a professional pest controller who will be able to safely remove the wasp nest.

Where Do Wasps Build Their Nests?

This much depends on the species of wasp, however, the most common places a wasp nest can be found include; Trees, facias, eaves, sheds, lofts, and in the ground. Some wasps will even build their nest in a compost heap!

How Long Will A Wasp Nest Last?

A wasp nest will usually only last one season, the queen will then leave to find somewhere to hibernate and the rest of the colony will die off. So, by late autumn early wintertime the wasp nest will no longer be active. It is not common for wasps to return to the same nest however other insects may decide to make use of it.

How Long Do Wasps Live?

It is estimated that a queen can live as long as 12 months as she hibernates during the winter in order to establish a new colony the following spring/summer. It is thought that worker wasps live for around 12 – 22 days and male wasps have even shorter lives.

Where Do Wasps Hibernate?

Queens will hibernate alone. They will look for anywhere sheltered where she will be protected from the elements. Places such as sheds, walls, lofts, trees and crevices tend to be favourites.

Where Do Wasps Go In The Winter?

In the UK only the queen hibernates during the winter, the rest of the colony will die off and a new one will be established when the queen emerges.

Which Wasps Are More Aggressive?

The common wasp and German wasps can become aggressive when they feel threatened, also towards the end of the season when the colony is significantly larger and there is more competition for food and space. This is when wasps are likely to be cranky and sting with little provocation. If you are concerned about a wasp nest near your property, then you should contact a local pest controller to come and assess the nest and then safely remove it.

If you are having problems with a wasp nest and need it removing, then contact Advance Pest Control Bristol today – 0777 150 3107