Where Do Rats Come From? 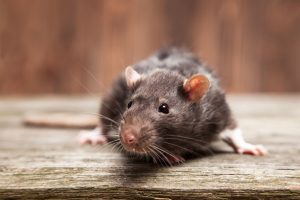 Rats are members of the rodent family, this a huge group of mammals made up of over 2000 different species that can be found in different habitats worldwide. One thing that all rodents have in common is the ability to gnaw. Rodents get their name from the Latin word ‘rodere’ which means ‘to gnaw’. They all have four large incisor teeth which continuously grow throughout their lifetime.

There are 80 different species of rats that live in a variety of different environments around the world. These include, the kangaroo rat from North America, the spiny tree rat from Africa and the South American fish-eating rat. Of all these rats there are two species that stand out as they are the most closely associated with human history, The black rat and the brown rat.

It is thought that the black and the brown rat both originate from Asia, and due to their special skills at adapting, living alongside human populations and climbing onboard ships that they spread widely across the world.

The black rat is the smaller of the tow species measuring between 16 – 22cm in length and a tail length of around 17 – 24cm. They are grey/black in colour and usually live above ground. They are very good climber and often make their homes in the upper levels of buildings. The black rat is generally a plant eater but like all rats they will eat anything they can find.

The black rat is to blame for giving the species their bad name as they were the hosts for the bubonic plague aka the Black Death which claimed over 200 million human lives. The first major outbreak occurred in the 6th century in Europe, however it was during the medieval period that the plague became a pandemic. In 1328 it started in China and relentlessly spread across the globe, by 1350 it was thought that a third of the world’s population had died. It was, however, not the rats themselves that were to blame it was the fleas in which they carried. Many other animals carried these fleas and por hygiene was also a significant factor, but the blame was put onto the black rat and that is one of the main reasons why rats are still feared by humans today!

The brown rat larger than the black rat reaches between 22 -26cm in length and has a tail length of between 18 – 22cm. They are grey/brown in colour and prefer living underground in tunnels and burrows. The brown rats are excellent swimmers and can even swim under water for short periods. It is down to this skill that the brown rats choose to make their homes in the sewers. Brown rats like to eat carrion meat and grain however their huge success as a species is down to thriving along side humans and eating all types of food including our rubbish!

In some country’s rats have lost their bad reputation and are considered a symbol of good luck. The Chinese astrological cycle begins with a rat and people born under this sign are though to be, loyal to their families, quick witted and cleaver at business.

In India rats are believed to be representatives of the Hindu goddess Karniji. There is a temple dedicated t them in a village in Deshonk in which it is estimated that around 10,000 brown rats live and share food with the worshipers even the same plates! The people of Deshonk believe they will be reincarnated as rats when they die.

In the UK we don’t share the same love as the Chinese and the people of Deshonk. Rats are one of our most hated pests and with good reason. Aside from their ability to spread disease they can cause significant damage to our properties and businesses. Over the years these super adaptive rodents have evolved and learned to thrive alongside us. Despite our effort’s rats continue to be a massive problem and it gets worse. A new breed of rat has emerged aka the super rat, they have been given this name as they have built up a resistance to over the counter poisons and rodenticides. This means that when you lay down poison for the rats your actually just giving them a tasty treat.

However, it’s not all bad news as they can still be effectively controlled and banished from our homes and businesses as professional pest controllers have the skills tools and access to stronger rodenticides and poisons to make short work of a rat infestation.