Why You Should Call Pest Control When You Have A Wasp Nest? 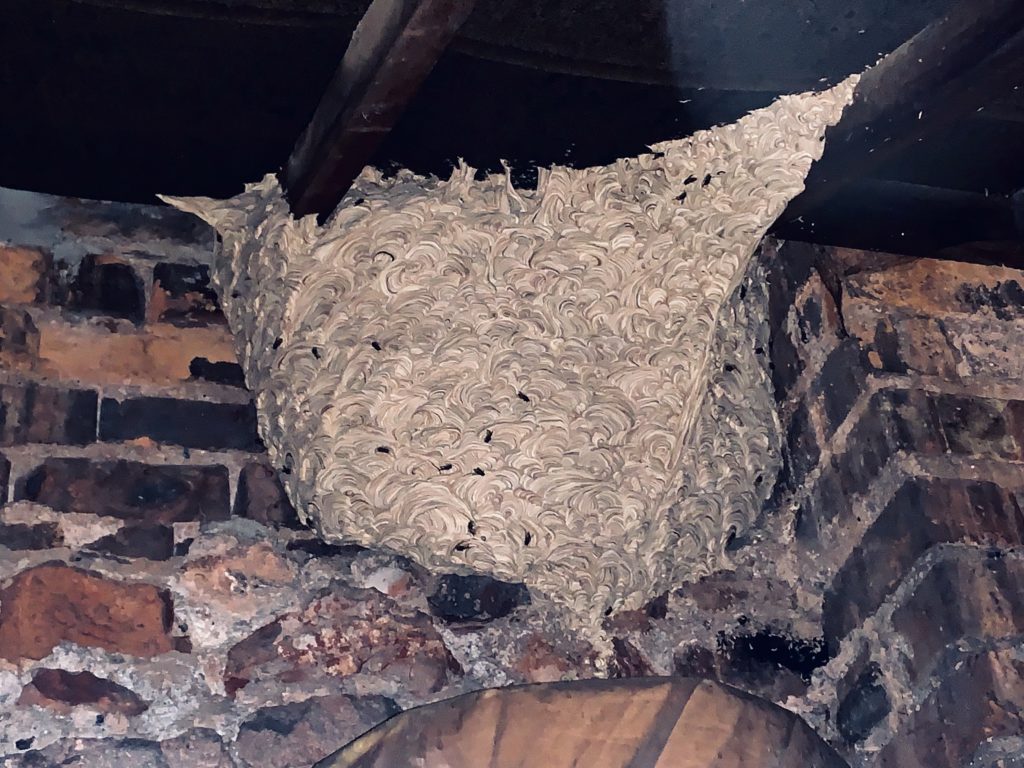 Wasps are by far one of the most unpleasant insects. They are aggressive, territorial and organised. Social wasps (the ones that build nests and live in large colonies, are never a welcome sight at anyone’s property. When wasps are out in full force calls to pest controllers skyrocket and for good reason, trying to treat or remove a wasp nest yourself can be incredibly dangerous.

For reasons us pest controllers will never understand there are still people that attempt to treat and remove a wasp nest themselves, and the methods used are creative to say the least, often resulting in a few stings or worse!

What You Shouldn’t Do When You Find A Wasp Nest

Set It On Fire – In the reluctant defence of the people that attempt this method to get rid of a wasp nest it will in fact destroy it as wasp nests are made from wood and pulp so it is highly flammable. With this said, even if the nest goes up in flames within a couple of minutes it will be impossible to kill all the wasps that reside within it. As soon as the nest goes up in flames wasps will swarm out of it in a frenzy looking to attack anyone or thing nearby, in most cases this will be the person that has lit the fire. There is also a secondary danger of the fire spreading and getting out of control. It has to be said that under no circumstances do with recommend this method, particularly if the wasp nest is attached to your house or inside it.

Soak It With Water – Information can be found that suggests soaking wasps nest with water. Although with significant pressure you would be able to destroy a wasp nest, now if submerged for a significant amount of time wasps will indeed drown, however simply destroying a nest with water is just going to leave you with a whole load of wet, angry wasps flying around your property ready to defend themselves.

Beat It With A Blunt Object – This method is considered so stupid that it commonly used as a comical sketch in many films and tv shows. A wasp nest is in fact a dangerous object and should under no circumstances be treat like a pinata! This method may well destroy the nest if you manage to do it with your first swing, however you will not be granted the luxury of a second attempt, the likelihood is that you will be left with a largely intact wasp nest with some very angry, defensive wasps out to get whoever just attacked their nest!

Seal Up The Entrance – Wasps are intelligent insects, if you were to seal of their entrance they will simply just pick a new entrance and exit place and chew through it to make it possible. If the nest is inside your home this could even be the walls that they decide to chew through, and you don’t want that! Not only is this destructive but once again it puts you at risk of an attack.

When To Leave A Nest Alone

If you notice a large number of wasps around your property but discover that the nest is some way away and not likely to cause anyone any problems then the best course of action would be to just simply let them be. They wont return to the same nest the following year and despite how much hate they receive from most of the population they are actually quite beneficial to the environment. They are good pest controllers as they feed on insects that would otherwise go around destroying plants and they do also play an important role in pollination. It is even estimated that hundreds of plant species will become extinct without the help of wasps! So, if the wasp nest is causing no significant problems and is established well away from your property then the best advice is just to leave it alone and they will not return the following year.

When To Call Pest Control

Allergies – If you, a family member or friend that spends time at your property have an allergy to wasp stings then you should call out pest control as soon as possible regardless of the location of the nest. Wasp stings are uncomfortable for most but for those with allergies they can be fatal so the wasp nest will need treating as soon as possible, under no circumstances should you attempt to remove the wasp nest yourself as this could be a very dangerous and potentially life threatening mistake.

It Is Attached To or Inside of Your Home – Wasps are incredibly territorial which means if they decide to take up residence on or indeed inside your home it becomes their home and they will waste no time attacking you and other family members to protect their nest. Wasps can also be pretty destructive to a property, so it is best they are dealt with by a professional as soon as possible as the longer it is left the harder it will be to remove and more damage will be caused by the wasps.

Affecting Day to Day life – If the wasp nest at your property is affecting your day to day life, stopping kids from playing outside, stopping you from entertaining family and friends in the garden then it is up to you how to proceed, you can choose to with it out until next year, or have a pest controller come and safely remove the nest so your summer can continue as normal.