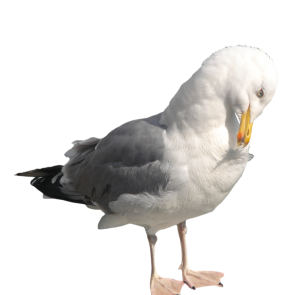 Outside of their natural environment seagulls can be quite an annoyance, and with the gull population rapidly adapting to urban living they can cause problems all year round for homeowners and businesses so it’s always a good idea to consider gull control.

Late March through to August are the months when gulls are most considered a pest. This is their nesting season and the colonies are on the look out for nesting sites such as unused buildings, house rooftops and flat factory roofs. Once they find an ideal nesting site they will return year after year as their infant survival rate is much grater there than on a cliff edge! Gulls are also drawn in by landfills, discarded takeaways and anywhere food can easily be found.

Who Do Gulls Affect?

Gull problems can affect both home owners and businesses in any location due to the fact that they are becoming more urban and not just found by the sea. The scale of the problem can vary usually dependent on the type of gull.

Any sort of Bird control needs to comply with the Natural England Administered Wildlife and Countryside Act (1981). This act is in place to protect bird species and states as follows:

Subject to the provisions of Part 1 (a-c) of the Act, a person(s) shall be guilty of an offence if they intentionally:

So How Can Gulls Be Controlled?

As all birds are protected by law and can only be controlled by a general licence issued and granted from Natural England. Here at Advance Pest Control Bristol we hold a general licence that permits us to ethically, humanely and legally deal with nuisance birds. Our technicians are trained in different methods and techniques to successfully and humanely deal with all gull control problems.

If you are unfortunate enough to experience a gull problem then contact Advance Pest Control Bristol today. We can offer the correct advice and support to help you to resolve these issues quickly and effectively.